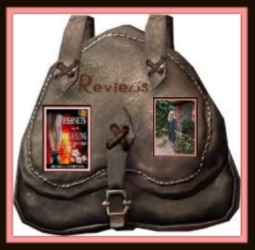 My reading frenzy has calmed, but I did have the pleasure of reading Michele E. Northwood’s most entertaining sequel to Fishnets in the Far East: A Dancer’s Diary in Korea.  Like the first [personal account] book, the narrative in Fishnets and Fire-Eating: A True Story (A Dancer’s Diary in Japan) is humorous, exciting, and even edifying.

Fire-Eating is an absorbing story, another can’t-put-down read.  This time, we follow the “antics” of Michele and three other young women—performers—who travel to Hokkaido to entertain Japanese audiences with their dancing, acrobatics and, yes, fire-eating.

The quartet—Michele, Rachael, Anna, and Claire—encounter a plethora of interesting (if not off-putting) people, sex-crazed men, Yakuza henchmen and chiefs, Nutty Nora, and a crowbar-wielding fellow who has undergone shock therapy.

The appealing storyline also provides wonderful descriptions of culture and customs, locales and history.  Japanese words and phrases, interspersed throughout, make us yearn to learn a few more while photos supply we-are-there visuals.

As is human nature when people live together for an extended period, tension and friction (jealousy and envy) rear their unpleasant heads, adding to the women’s various dilemmas.  They do manage to work their way through the assorted conflicts, however, though not always well or easily.

One night, not long after they arrive, the women “consult” a Ouija board; spirits appear and impart ominous premonitions/messages.  Bizarrely, if not frighteningly, they start to come true.

As in Far East, Michele and her colleagues are not paid well; someone appears to be skimming their wages.  Still, despite many challenges, they persevere and life (eating/working) doesn’t seem quite as desperate as it did when Michele was in Korea.

I so enjoyed Fire-Eating, maybe even a little more than Far East; I have to give it 5 out of 5.

For those not familiar with Michele, she’s quite amazing/accomplished.  Not only was she a dancer, she was a magician and fire-eater who toured the world for 20+ years in theater, musicals and the circus.  She has also been featured in the Guinness Book of Records; during her years in entertainment she was part of the world’s largest Human Mobile while working for the Circus of Horrors as their first “girl inside a bottle”.  Other fascinating jobs included working as a knife thrower’s assistant, assisting a midget in his balancing act, and taking part in a Scorpions’ concert grand finale.

Upon retiring from the exciting world of entertainment, she returned to school and acquired a First-Class Honors degree in Modern Languages (English and Spanish).

Michele currently lives in Spain with her Spanish husband, Randy, two dogs and two cats, and serves as an English teacher.  She loves living in the countryside with views of the sea and enjoys sitting on the terrace at the end of a long day, looking at the stars and contemplating (sounds divine).

Please check her and her books out at: https://www.amazon.com/Michele-E.-Northwood.