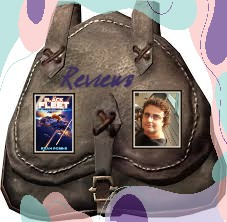 The third book in the series, The Black Fleet, continues to satisfy.  It’s not quite as complex perhaps as the previous two (The Crimson Deathbringer and The Golden Viper), but it still delivers—with brisk action, campy humor, and the crazy cast we’ve grown so fond of.  They abound with zealousness (or is that insanity?).  The threat this time deals with the fate of the future.  Scary!

There’s protagonist Major Jim Harrison—with new wife, Ella, a career military woman—and his nemesis/alter-ego, Venom.  Jim’s still an ace fighter pilot but is also the author of well-selling autobiographies; not only have they granted him a certain level of fame but have bolstered an ego that was rather big to begin with.  Comrade Kurt returns, as does prankster Tarq, but the “insect” seems a little less dynamic than previously.  General Maada takes a pivotal role and gives Jim a run for his money, er, space fighter, er . . . .

Sean’s characters are well crafted and alternative planets and lifeforms—like the Akakies, Volts, and Talgonians—are thoroughly detailed.  It’s easy to visualize the action in all its explosive fervor.  Energy and danger overflow as heroes/heroines and enemies engage in thrilling skirmishes.

I looked at Earth, visible from the front window, and admired its magnificent beauty for the thousandth time. No matter how often I saw Earth from orbit, this view always made my breath catch and my spirit lift. My planet, where all my loved ones lived, including my unborn child. In this wide universe, this was the only place I called home, which incidentally I’d helped save a couple of times, along with the rest of the galaxy.

If pride really were a deadly sin, then I was going straight to hell.

And now new baddies were coming for her. Well, guess who was standing in their way. But first, there was a minor issue I had to deal with.

“You know what, Tarq?” I said conversationally. “It’s just occurred to me you never answered for the seven hundred million humans you got killed.”

Another thrilling ride to be sure, one that leaves you longing for another.  Lucky us—there’s a fourth one to come.

What about Sean Robins?  As may be evident from the Crimson Deathbringer books, he’s a huge fan of Marvel, Game of Thrones, Star Wars and Star Trek.  He’s a university/college-level English teacher and has lived and worked in six different countries, including Canada.  Sean has met people from all around the world, which is “probably why my characters look like the bridge crew from Star Trek”.

His favorite author is Jim Butcher (The Dresden Files), which is why he ended up writing in first-person POV with the same light-hearted, funny tone.  The fact that his MC’s name is Jim is purely coincidental, and has nothing to do with Captain James Kirk either. 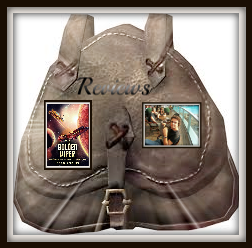 Your favorite heroes and villains are back!  In The Golden Viper, Sean Robins’ fun sci-fi sequel to The Crimson Deathbringer, the odious Xortaags return—to conquer Earth.  Their ultimate plan, however, is to use advanced technology discovered on Kanoor to rule the universe.  How dastardly can one alien race be!?

Major Jim Harrison (the protagonist), Venom (his alter-ego, in a manner of speaking), and Kurt (Jim’s best friend), likewise return.  If you’ve read Deathbringer, you’ll be happy to hear that four-footed Akakie jokester Tarq—Jim’s “alien brother”—and egocentric General Maada (yes, that win-at-all-odds commander) are also back.  Inserting a few new intriguing characters into the equation equates to an awesome follow-up.

You’ll also find those stories within stories and different POVs that worked so well in Deathbringer.  How will Jim deal with a significant past loss?  Will the Xortaags succeed in their heinous quest(s)?  Does Tarq carry on pulling outlandish pranks?  Who’s more ruthless: Maada or his conniving brothers?  Are new team members to be trusted?  Can Earth be saved?  Will Jim et al cease/continue making eye-rolling film and television references?

When a book begins with, “The deafening Death Siren cried out like the wail of a thousand animals being slaughtered”, you know you’re in for a thrilling storybook ride.  Action and excitement reign—and not just during exhilerating spaceship battles!

Is The Golden Viper as good as The Crimson Deathbringer?  Judge for yourself (I promise, you won’t be disappointed).

And what of the author? In addition to being a huge fan of Marvel, Game of Thrones, Star Wars and Star Trek, Sean Robins is also a university/college level English teacher, who has lived and worked in five different countries( like Canada, eh?).  He’s met people from all around the world, and his parents and wife are from different backgrounds—hence, diversity as a major theme in his novels.

Please check out Sean at: 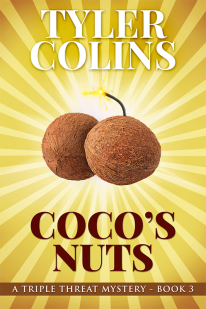 Belgorod, Russia
She Got Wings!