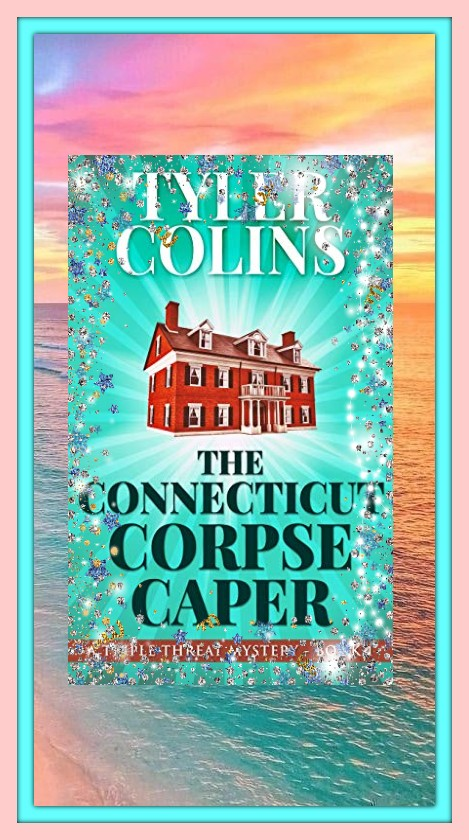 Earlier in the week, I posted this on FB:

Surprise—to me!  My first book in the Triple Threat Investigation Agency mystery series, The Connecticut Corpse Caper (Triple Threat Mysteries Book 1), has been made into . . . wow . . .  a 1000-Piece Jigsaw Puzzle (cover-based).  What fun.

And there’s a coffee mug, too!

Mid-week, I discovered there were two more items available: a natural tote bag and a unisex T-shirt.

How exciting!  They’re all a little out of my price league <LMAO>, but I may purchase a few items when the opportunity to do a promotion re the Triple Threat Investigation Agency presents itself.

I suspect that may take place, hmm, sometime in summer.  I’d like to have Disco’s Dead and so is Mo-Mo be part of that.

I’m still working on Mo-Mo, but I am getting there.  I know who the killer is (finally) and the pretty private eyes are in the midst of figuring it out.  I’ve given myself a deadline: the book must be completed by February 28th (this year)!!!  😊

The Connecticut Corpse Caper was meant to be a standalone, but the trio were determined to become professional P.I.s and were not taking no for an answer.  I had to accommodate.  If you’re curious as to how it all began, with multiple murders in a haunted mansion during a winter storm, please check it out.  We’d love it if you did. 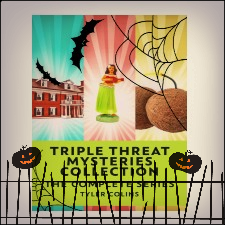 Given the promotion is still happening, I’m opting for a third [short and sweet] post . . .

The Triple Threat Mysteries Collection has been selected for an seasonal promotion in one of Next Chapter’s wide distribution marketplaces.

It’s running as part of the “Spooky Stories Promotion at Rakuten Kobo” from October 18th through the 24th.  There are a couple more days, so there’s nothing wrong with a reminder.  As an FYI, the promo price is $3.99.

♥ I’ll try anything once, twice if I like it, three times to make sure. – Mae West ♥ 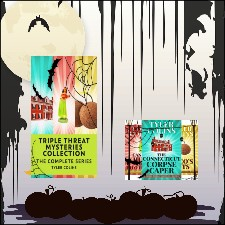 Who doesn’t do a cartwheel when they’re feeling frighteningly fine?

As mentioned last weekend, The Triple Threat Mysteries Collection has been selected for an seasonal promotion in one of Next Chapter’s wide distribution marketplaces.

It’s running as part of the “Spooky Stories Promotion at Rakuten Kobo”.

The promotion dates are October 18th to October 24th and the promotion price is $3.99.  So, given it’s still on, I thought I’d post a teeny-weeny reminder. 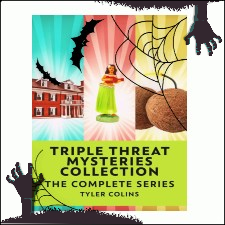 The Triple Threat Mysteries Collection has been selected for an upcoming seasonal promotion in one of Next Chapter’s wide distribution marketplaces.

It runs as part of the “Spooky Stories Promotion at Rakuten Kobo”.

The promotion runs from October 18th through October 24th and the promotion price is $3.99.

Thank you, Next Chapter and Rakuten Kobo! 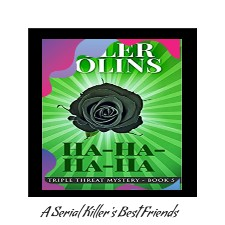 Hey there.  The audiobook for HA-HA-HA-HA, the fifth in the Oahu-based Triple Threat Investigation Agency series (featuring private eyes JJ, Rey, and Linda) can be downloaded from Audible . . . and will be live in Amazon and iTunes in the next 72 hours.

HA-HA-HA-HA finds the three women on a serial killer’s buddy list.  When he’s not taunting them, he’s challenging them to “play the game”—by his rules.  Rules are made to be broken, however—or, at the very least, changed.  The trio attempt to determine who he might be . . . not an easy feat, given the lack of constructive evidence and cast of oddball characters. As they endeavor to stop the man from killing again, they must solve a couple of other cases: verifying whether a hubby has a roving eye and ascertaining who is stalking a young, beautiful woman.  Could it be that these two cases somehow intertwine?  And who will prove the ultimate winner in this deadly game of taunts and perplexities: the clever and cunning killer, or the persevering and persistent private eyes?

These are the official Audible links and coupon codes are available for both (US and UK):

Please note that the coupon codes can only be used using these acx-promo links. 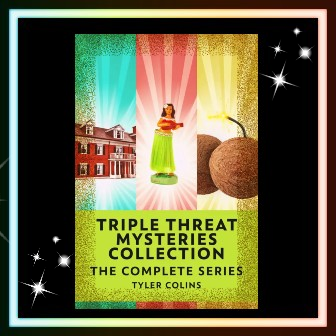 My new book collection is now live and can be found at various retailers, such as those below:

Per Next Chapter—thank you, NC 😊—these collections are targeted toward a specific segment of the eBook market, specifically, “binge readers” who prefer to purchase the whole series / several novels in one go.

Initially, NC is only publishing these collections in wide distribution.  Amazon editions will follow (once the Amazon version is live, I’ll let you know). The audiobook for Coco’s Nuts, the fourth book in the Oahu-based Triple Threat Investigation Agency series—featuring private eyes JJ, Rey, and Linda—is now available on Audible . . . and should now be live on Amazon and iTunes.  😊

Despite what the evidence suggests, JJ, Rey and Linda are certain that Buddy has been set up.  In their quest for answers, JJ, Rey and Linda contend with a slew of suspects.  Several persons hated Picolo enough to kill him but locating the one who pulled the trigger proves challenging, and the trio endeavors to uncover a killer amid another cast of curious and unconventional characters.

Their detecting travels lead them along a few detours, like the world of gambling and debt-collecting limb-breakers.  Picolo’s daughter, Annia, owes thousands of dollars in Vegas and Oahu.  Might this have motivated her to kill her father—so that she could collect a sizeable inheritance?  What about Picolo’s son?  Could Jimmy Junior have been [too] eager to take over his father’s multiple businesses?  What of nutty Coco Peterson, a Picolo employee, who has been missing since his boss’ murder?  The odd little fellow (pest, some call him), appears to be a central piece in this perplexing puzzler.

Perhaps you might be interested in checking out how the P.I.s fare?  Here are the official Audible links: 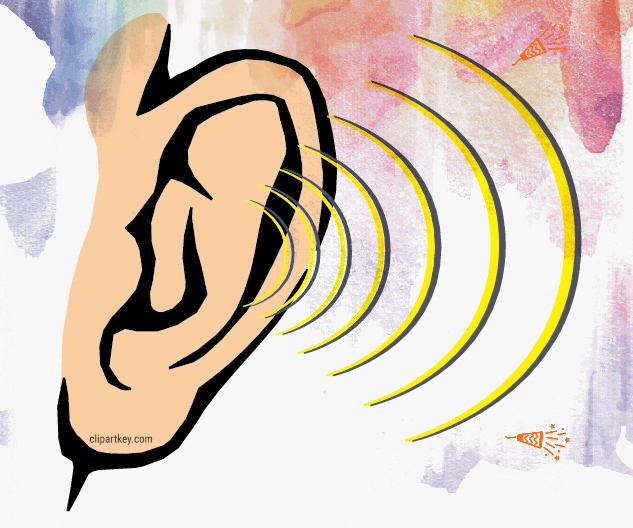 We’re all pumped . . . Forever Poi, our third official case as P.I.s from the Triple Threat Investigation Agency, is being made into an audio book. Kathy Handrock, who narrated Coco’s Nuts, the last one, is doing it again.

To give you a quick rundown, Poi has us—me Rey, my cousin JJ, and my BFF Linda—out to solve a double-arson and murder.

Just who torched two Chinatown art galleries and left two charcoal-broiled bodies in the ashes?  Are the arsonist and killer the same person?  We tend to think so—but the list of possible culprits gets pretty long pretty quickly.

The day before the fire, Carlos, one of the arson victims, had a nasty break-up with his partner, James-Henri.  There were financial issues, too.  Maybe James-Henri wanted to collect on the insurance and/or be rid of his lover?  What about the second victim, Mary-Louise Crabtree?  She was a former queenpin so, given her sketchy past, maybe an old rival decided to finally do her in?  If that’s the case, was Carlos simply collateral damage?

We’re hired by a new friend, insurance adjuster Xavier Shillingford, to help in the investigation.

Yup, we have our work cut out for us but we love every minute of the challenge(s) and danger(s) . . . just as we’d love it if you checked out how we go about solving this crazy case.  😊 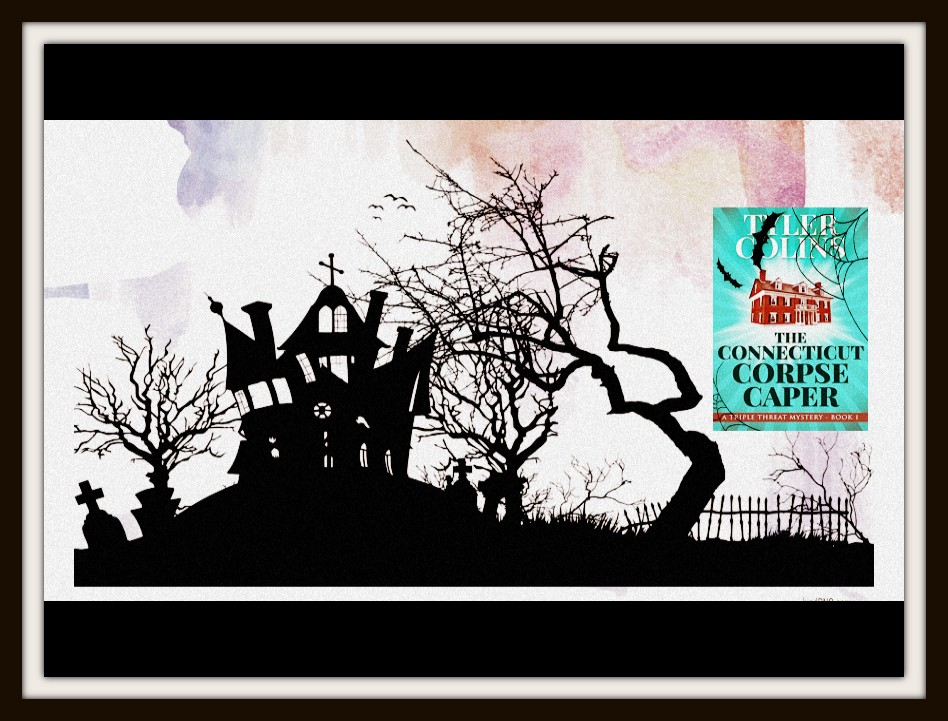 . . . or A Shameless Saturday Promotion as it might have been called back when (haven’t posted one of those in a long while).

The Connecticut Corpse Caper, the first in the Triple Threat Investigation Agency series, was recently featured in a top-genre list on the new Next Chapter blog.

Corpse, as an FYI, revolves around a week-long stay in a creepy oversize Connecticut mansion, replete with hidden passageways, disappearing and reappearing corpses, and seven quirky inheritance recipients.  And if that’s not enough to make for hair-raising moments on a secluded storm-bound estate, how about a ghost named Fred?

A stipulation in the will of Jill Fonne’s aunt: if a guest leaves early, his or her share will be divided among those remaining.  The first one to leave—permanently—dies just hours after arriving.  People soon start dropping like flies.  Donning amateur sleuth caps, Jill (later called JJ) and her associates, Rey and Linda, endeavor to solve the mystifying murders.  Others jump in, and the bumbling and stumbling—and mayhem—begin.

Perhaps you might check us out . . . and learn how and why the trio decided to become professional P.I.s—the proud founders/owners of the Triple Threat Investigation Agency?  😊 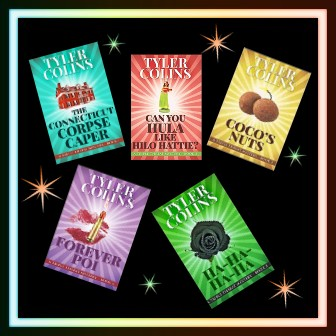 Not really, but it makes for a great dramatic heading/title.  😉

Actually, what’s landed is the landing page for . . . me.  (Thanks once more, Next Chapter.)

Per Next Chapter, this landing page receives considerable traffic via their marketing platform’s Facebook and Google Ads advertising campaigns, as well as book back links.  The goal is to have appealing, easily navigated page(s).

Amazon, Apple, B&N, Kobo and Google Books and all major marketplaces can be found on the Buy Button.

Perhaps you might take a second and check out my landing page . . . and help out a fellow writer/blogger . . . and very hopeful gal?   I’d truly welcome any and all feedback.  😊