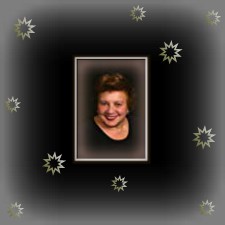 Christabel Savalas—yes, the “Who loves ya, baby?” TV cop was a relative—is a multi-talented gal I got to know a few years back in Hawaii.  Her current project is creating tales, Beads from my Family Necklace, and I felt a need to share two stories—her personal one and one from the upcoming collection.

Let’s begin with Helena Macree Tsavalas, Christabel’s mother.  This widely published author’s career began early.  Having taken a keen interest in children’s education, she created stories and games that both entertained and broadened children’s views of the world.  Her fairy tales were particularly loved and are still in print.  The ever-gifted Helena also created dolls that represented historical events and fictional characters, which won prizes in various competitive exhibitions around the world.  Her invention of finger-puppet books became an important part of Walt Disney’s children’s publications.

Helena’s accomplishments were not limited to dolls and stories, but are too vast to provide here (fodder for a future post).  To learn more about this vibrant woman, check out the documentary Endless Creativity: The Life of Helena Macree Tsavalas.

Suffice it to [happily] say, the apple truly doesn’t fall far from the tree.  Having studied—and applied—music, dancing, and acting throughout her career, equally talented Christabel possesses a fairly impressive resume: she’s an actress, producer, director, composer, and writer.  What you really have to admire, though, is her drive, that stick-to-itiveness, to see things through to fruition . . . to pursue dreams that can and do come true.

In addition to the current endeavor of adapting her mother’s fairy tales into scripts/films, she plans to see her parents’ enchanting [if not astonishing] love story grace the big screen . . . and compile the aforementioned collection.

In Turkey, during the middle 1800’s, lived a very wealthy Sultan.  This handsome, well-respected ruler had many staff members to help keep his grand palace in order.  One of my ancestors’ relatives, Thanassis, was his gardener, who tended his vast, beautiful

One particularly warm and humid summer evening, the Sultan opened the window.  Contentedly, he gazed out onto a star-filled sky and inhaled the fragrant scents carried by gentle breezes.  Peering a few floors below, he sighted a young boy trying to teach himself to read under the shimmering light of the brilliant full moon.

Curious, the Sultan watched for a long while.  The next morning, he inquired around the palace to see to whom this little boy belonged.  When he discovered that he was the nephew of his gardener, he summoned Thanassis to his opulent royal chambers.

“I am very impressed with your keen young nephew and his eager attempt to learn how to read.  I’d like to provide him with suitable schooling,” the Sultan informed the man with a hearty pat to the back.  “Won’t you please permit the boy to stay here with me—so I might raise and feed him, and provide the best?”

Thanassis looked thoughtful.  “You are very kind, Your Highness.  However, Lucas is not my son but my nephew. I would have to return to the small island of Chios in Greece to ask permission from his parents.”

Nodding in understanding, the Sultan smiled warmly.  “I will arrange the trip so that you may request the necessary permission for Lucas to stay with me.”

A few weeks later, Thanassis returned from Greece with good news: the boy’s parents were honored with the request and would permit him to reside with the Sultan.

The great ruler took Lucas under his wings and made sure he received the best education.  He paid the fees for Lucas to study in Liege, Belgium.  Over time, the keen young fellow became an accomplished gold cutter.

Great-grandfather Lucas grew to be a very wealthy man and returned to Turkey with lots of money.  In Constantinople (Istanbul), he met a strikingly good-looking woman as she descended a carriage.  She wore a long, beautiful dress that she had sewn and decorated herself.

Eleni was her name (my great-grandmother) and she came from a very prosperous, high-class family. Talented, intelligent and highly educated, she was known to possess excellent cooking skills and creative sewing and embroidery talents.  Her dresses would sometimes would show off her ankles, something frowned upon during those times.

Lucas and Eleni married, and had three lovely daughters.  The eldest one, my maternal grandmother, Efrosini, was born in 1885.  The rest, as the saying goes, is history—at its most happiest.

Possibilities of connections and a sense of belonging.

Welcome to Hasanthi's Book Blog!! A space dedicated for books and book related articles! All book lovers, reading enthusiasts and anyone who loves blogging are invited to read and comment to my articles. Hope you enjoy!!!! (This blog is in loving memory of Mr. Lionel Ranasinghe!)

Your regular dose of quick book reviews (and more)