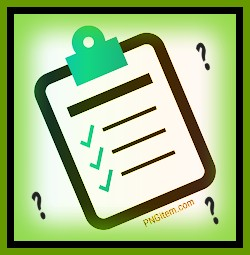 And so do grammar rules.  As does the English language.  Just consider the new words/expressions we hear every year—thanks greatly to social media and technology.  In point of fact: dictionaries incorporate hundreds of new words every year.

Someone recently commented on that re a post I’d written—how grammar evolves/changes over time.  That got me to thinking, why not touch upon some things that have?

When I was growing up (way too long ago to want to admit when), you were not to use “since” to mean “because”.  It was a time reference only.

Shawn had been gone since lunch.

There had to be a comma before “because”.

John leaped to the left, because the golf cart was racing straight for him.

“Each other” was meant to be used for two people and “one another” for more than two.  I like this rule myself (and will adhere to it as an editor), but it truly doesn’t hold much water today.  It’s been said that good writers have used the phrases interchangeably since [at least] the 16th century.  Interesting.

These were a definite no-no.  But we often speak in fragments, as would our characters, so why shouldn’t we use them?  It’s all good; go for those fragments (save for dissertations, essays, and the like).

♣  Never ending a sentence with a preposition (and this “rule” dates back to the days of Latin, from which English stems).

♣  Never beginning a sentence with a conjunction, which, apparently, is based on 19-century teachers not caring to have students overuse conjunctions to start their sentences (how’s that for a run-on sentence?).

Feel free to begin a sentence with “because”, or “if”, or “when”, and so forth.  The same holds true for coordinating conjunctions like “but” and “or” (I recall those days when you would get a frown and a bad mark if you did, but I love that you [now] can).

♣  Never splitting infinitives (apparently, another “rule” from the days when Latin “ruled”, he-he).

Infinitives, by the by, are two-word elements that communicate one thought.  To split them might prove confusing; as a writer, you’re the best one to gauge whether to split or not to split (that is the question . . .  or something like that).

Who, er, whom, er . . . it’s a tough one.  A lot of folks don’t know how/when to use it.  The best thing to do?  Don’t use it; rewrite the sentence or check the rule and see if it applies to what you’ve written.

It’s quite popular to use “they” or “their” instead of writing out “he/she” or “he or she” (“she or he”).  It’s a plural noun, but a lot of people use it as singular.  I don’t like using “they” myself, unless I’m specifically referring to several people, but to each their own, er, his or her own.

♣  Two spaces after a period.

This dates back to the typewriter, when two spaces were preferred (something to do with typesetting).  I use two spaces (personal preference, and all that), but one space is now the norm.

Rules were made to be broken, as the saying goes, and a number re grammar certainly have been.  That said, they do have [some] merit, and it doesn’t hurt to be familiar with them.  Apply rules as you deem fit.

And, if nothing else, think consistency: ensure your writing is uniform and, above all, clear.