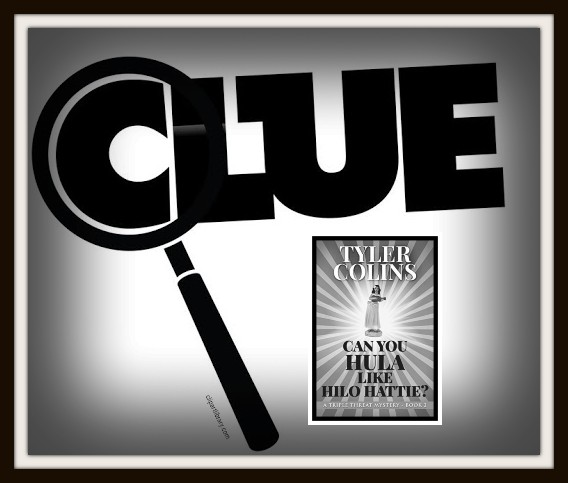 Welcome to the fifth and final day of the free Can You Hula like Hilo Hattie promotion.

As novice P.I.s, we accept our first official assignment: uncover the secret an elderly millionaire’s pretty, young wife is harboring.  Is she having an affair, as hubby believes?

If JJ, Rey and I succeed, our newly founded business, The Triple Threat Investigation Agency, will prove a viable venture.

There’s a twist, though: the wife is found murdered along a beautiful, desearted Oahu beach.  And there’s a secret all right, one of many, and they don’t all belong to the poor deceased woman.  Who of the unconventional cast of characters is the murderer?  As we attempt to fit puzzle pieces together, we stumble across several more bodies.

What seems an easy task becomes anything but.  We’ve dealt with a sundry of murders and murderers in past, thanks to a wacky week in Connecticut, but this new set of quirky personalities proves challenging if not taxing.  Nevertheless, we have enough faith in our budding P.I. talents to persevere and unscramble clues.

Here’s an opportunity for us to prove we made a wise choice in becoming bona-fide detectives.  But can we do it before the murderer strikes again?