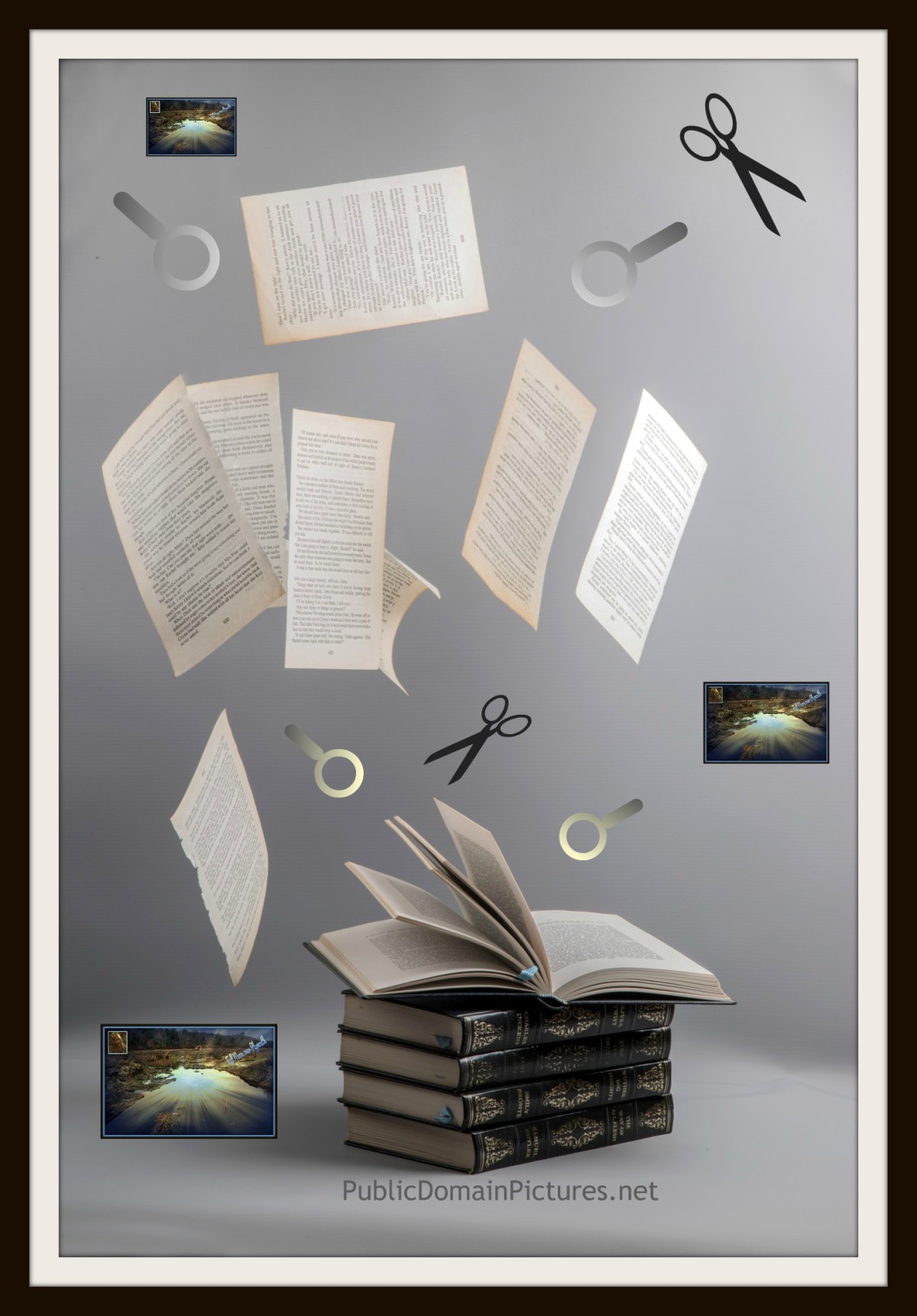 Editing a short story is the same as editing a long one; you’re looking for, and correcting, the same issues.  And, before you ask or Rey blows me another [raucous] raspberry, yes, I have the qualifications.  As a former weather announcer who also produced community specials, I did a lot of writing which, of course, included a lot of editing.  And narrating our private-eye exploits isn’t done before thorough proofing/correcting.  (Ugh.  That just earned me another raspberry.)

So, before we visit Rey’s Full Moon over Plymouth, let’s summarize Linda’s guidelines on how to write a solid short story two posts past:

♦  present a conflict or complication, a quest or mission from the get-go; create interest immediately

♦  make sure your main character has just that: character

♦  ensure your “plot” is fresh and maintains readers’ interest; be imaginative/creative

♦  appeal to your readers’ emotions . . . and have your characters convey them, which will give them depth and make them likable (or unlikable, as the case may be)

♦  present a dynamic ending; it, like the opening, has to transpire quickly so bring adequate closure (even if you leave readers dangling).

And, with that, Editor JJ will comment on Cousin Reynalda’s short Full Moon over Plymouth paragraph by paragraph (and if she blows any more of those, I’ll have to fetch an umbrella).

It was a cool early November evening and the pretty private eye was pumped.  She’d catch “Wicked Willis” if it was the last thing she’d do.  He’d dodged the cops, media, fellow private investigators, and her.  Enough was enough.  Not bad.  Gives readers a sense of time as well as purpose.

Willis, an average-looking guy of average height and average build, had bayoneted twelve men—that they knew of.  And they’d not have know it was Willis if there hadn’t been a witness.  Typo.  Slap on hand (playfully, of course) to Rey.  That is exactly why we proof/edit.

Amos, a frisky Staffordshire Bull Terrier, had been at the last killing and had managed to take a bite out of the murderer’s arm as he plunged the knife, which was fitted into the end of an old musket.  Lucky Amos got away fast—with the weapon, no less!  Amos’ owner called the police and the rest, as the saying went, was history.  A little awkward sounding.  Might have approached it differently.  But the action/excitement is there.

At thirty-four, Gisele didn’t have many years of experience.  Just four.  But she had instinct and chutzpah and knew how to swing a mean left hook and wield a weapon.  Good.  A little insight into our heroine.  Might have moved this closer to the opening, though.

She’d gotten involved with this case—if she could call it that—when Harvey, a detective she sometimes dated, was assigned as the lead investigator.  After dinner and drinks, and nookie, he’d share updates, knowing she’d not divulge anything she’d heard.  Seems a bit flat.

So, here she was, trailing a nutbar after following a tip that Willis was living in a two-room shack somewhere along the Eel River.  She’d missed him by seconds.  The hot coffee mug and bitten egg sandwich told her that.  And the partially open rear door said he’d left that way.  So did the footprints in the soft drizzle-dense soil, visible courtesy of the camping lamp on a cheap plastic stand alongside the door.  I’d like a little more detail to give it more depth, excitement.  Something like . . . “She’d missed him by seconds—verified by the chipped hot coffee mug featuring a pirate’s visage and half-eaten egg sandwich that oozed ketchup like a gunned down doe.”

“You’re not escaping me, my friend,” she murmured into the breezeless night.  Wouldn’t she be more determined, more angry?  How about “she hissed”?

There was a mini flashlight in her leather bomber jacket pocket, but she had no intention of letting him, or anyone else, view her from afar.  Not sure if this is worth mentioning.

Willis hadn’t been on anyone’s radar.  The average man of twenty-four had been an average student and held an average job since finishing high school.  Nothing in his past screamed “serial-killer material”.  But once Amos had provided “evidence” and they’d narrowed down the possibilities, they’d zeroed in on Marshall Willis.  I might have detailed this a bit more.  (Sorry Rey.)

Gisele tossed her long blonde waves and surveyed the length of the sparkling river.  The stars and a full moon danced upon it.  Pretty, she thought, worth visiting one day under different circumstances.  Maybe with Harvey?  I’d add something like . . . “Maybe with Harvey?  She smirked and shook her head.  Focus, girl, focus.”

She stopped.  Had she noticed movement among the dense foliage?  No, it was a feral cat, that was all.  She laughed anxiously as she watched it scamper from view.  Nice.

That cost her.  Almost.  A swisssshhhhhhh from behind prompted her to duck and whirl.  The bayonet sliced the air instead of her.  Perfect.

“Damn, I missed.  Too bad,” Willis chortled.  “But I won’t this time.”  A little more dialogue and drama would be good.

Without thought, Gisele swung up and out, and caught him under the chin with the Luger.  The she swung again and caught him on the temple.  Before he could react or retreat, she had him on his belly and handcuffed.  Works for me.

As if conveying approval, mockingbirds sang in unison.  Gisele bowed in acknowledgement and hauled Willis to his average-sized feet.  Nice touch with the mockingbirds.  I might have added a few other animals or sounds.

All in all, I agree with Linda’s A+ for effort.  As a short, it has its moments—a bit of tension, history, a dramatic opening (a dangerous mission) and an equally dramatic ending with an outcome.

Oh-oh.  That expression tells me my cousin’s not amused.  Better get that umbrella; I sense a glut of those contemptuous sounds coming my way.

FREE IMAGES FOR POETS
She Got Wings!