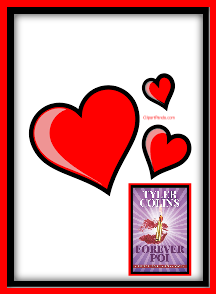 Just the third day . . . of the 99-cent Forever Poi campaign.  It’s JJ today, providing a bit of a promotional boost.

Our third official Triple Threat Investigation Agency case has us solving a double-arson and murder: who burned down a couple of Chinatown art galleries … and left two bodies in the rubble?

There are certainly numerous suspects.  The day before the fire, Carlos Kawena, one of the gallery owners and an arson victim, broke up with his partner, James-Henri Ossature.  They had financial issues, too.  Could James-Henri have set the blaze to collect insurance and be rid of his lover?  But how does the second victim, Mary-Louise Crabtree, a former queenpin, tie in?  It’s possible that with her dubious past a former rival murdered her, but given her new career in the art world, perhaps there’s something else afoot.

Then there’s Cholla Poniard, James-Henri’s sister.  She’s pretty, audacious, and a definite force to be reckoned with (just ask her two former husbands).  Her lover, one of several, seems treacherous, too.   As a twosome, they’re doubly dangerous.

If you’d like to see how we solve this bizarre case, please check us out here…