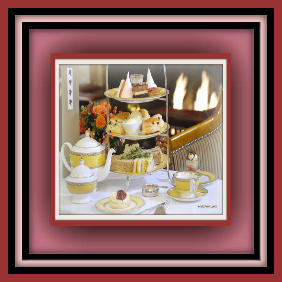 Recently, the trio from the Triple Threat Investigation Agency posted about three writers they’d like to sit down to dinner with.  That provided something to ponder: who would I like to dine with?

Having imparted favorite authors in previous posts, I opted for five people of days gone by that would make the love-to-meet list . . . and it would be over high tea with sweet scones and flavorsome finger sandwiches.

The selection comprises champions and rogues, the wholesome and the unsavory.

He was/is, after all, “The Man”, a person in power, a great influence and influencer, the Son of God.  How humbling—and overwhelming—it would be to be in his presence.  I’m a believer.  Others aren’t and that’s fine: to each his or her own.  For me, though, it’s a tad disquieting to read about scholars and the like who argue whether the Jesus found in the Bible is an accurate reflection of the Jesus born just prior to the first century.  . . . But then, it’s all about faith, isn’t it?  And, while I readily admit mine can be tested and tried (frequently in fact), I’ll cling to it like a life preserver.

The last Queen of France was born Maria Antonia Josepha Joanna von Österreich-Lothringen (as Rey might say, gotta love a name like that).  Claimed to be a pawn, this fascinating woman was a mere 14 when married to Louis XVI (reputedly a cowardly man and unmindful husband).  There’s something about the pomp and pageant of that time, the French Revolution, the clandestine undertakings, the elaborate fashions and hairstyles that intrigue me.  Marie-Antoinette possessed notable shrewdness and strength, and amazing courage during her trial and execution.  Unquestionably, a force in her own right.

I believe I always possessed a fascination for this intriguing royal figure—ever since watching Keith Michell in the spectacular series The Six Wives of Henry VIII.  At 17, he became king and presided during “creepily fascinating” periods in history: the English Renaissance and English Reformation.  The six marriages aside (which make for great soap-opera storylines), he accomplished much in terms of military campaigns, politics and religion . . . and even penned a song and wrote a book.  Definitely someone who’d provide enthralling historical accounts and gripping narratives.

Another great name: Margaretha Geertruida “Margreet” MacLeod.  But the stage name of Mata Hari is so much better.  Strong-willed and determined, she realized at a young age that sexuality would get her places.  A Dutch exotic dancer, courtesan/mistress, and infamous “spy”, this attractive woman was convicted of being a double agent for Germany during WWI and executed by a firing squad.  Films like “Mata Hari”, starring the equally enigmatic Greta Garbo, fed the mystery and controversy that still surround her life.  Maybe she’d be willing to share a few intrigue-packed moments over a cup of Lapsang Souchong?

There are numerous famous (infamous) western desperados and gunslingers, and all are fairly fascinating, thanks greatly to Hollywood.  It’s hard not to feel a touch of envy re those romanticized villains, outlaws, and baddies—the thrill of riding the range, being unrestricted, having no ties.  A wild-west life would have been uncontrolled and sometimes calamitous, which makes Martha Jane Cannary, better known as Calamity Jane, the fifth companion choice for tea sipping and scone nibbling.  Losing her parents at the age of 12 compelled her to make her own way through that oh-so-wild west.  Another resilient woman, she’d have fine tales to share about her hard-drinking, rabble-rousing years . . . and those benevolent ones where she played nurse to smallpox sufferers. 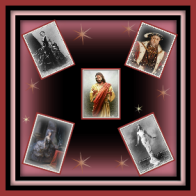