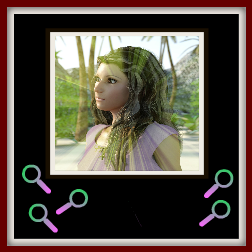 Linda’s choice of favorite detective—Sherlock Holmes—was surprising.  I’d never have guessed she actually liked mysteries.  Yes, we’re private investigators, but that’s our job, our profession.  Simply because we solve cases doesn’t mean we have to read about them or experience them vicariously.

It’s JJ and it’s my turn to post about my preferred detective.  There are two vying for the favorite spot and they date back to the 60s and 70s, courtesy of Aunt Sue Lou and her love of retro TV.  When my sister Reena Jean (God rest her soul) and I were young, we spent a lot of time with aunts and cousins (like Rey) at various campsites, cottages and winter chalets.  Aunt Sue Lou loved her detective shows, all the more if the guys were cute.  She saw nothing wrong with the kids watching clean-fun crime shows before bedtime.

Of the many series we were exposed to back then, Columbo (Peter Falk) and Mannix (Mike Connors) were my favorites.  Still are.  While they took place in different decades, they didn’t seem dated.  It was more a view into another era; neither came across as stilted or contrived, like some others.  These days, I don’t get to watch either very often, but from time to time, I manage to put on an episode or two.

Columbo was a classic show, a non-whodunit—everyone knew who did it from the get-go.  It was hard not to like the perceptive LAPD Homicide cop with the rumpled and crumpled [ugly] raincoat, cheap stogie, and just-got-out-of-bed look.  Appearance-wise, he was a bit of a mess (you had to wonder why Wifey didn’t put her foot down about that).  His detecting manner leaned toward clumsy—he was forever misplacing a pencil or notebook, determining where to place ashes, or forgetting a question—but he was far from inept.  And he always got his man or woman, often with shows of respect from both parties when all was said and done.

Joe Mannix, on the other hand, was a ruggedly handsome and well-put-together Los Angeles private eye who was honorable and conscientious, as well as suave and kind of sexy.  During the eight years the show graced the TV screen, he suffered a slew of punches, a stabbing and shooting or two, and 55+ knock-outs.  Pretty and amiable Peggy Fair, his secretary (played by Gail Fisher) was the perfect complement.  The various LAPD cop friends he had always seemed more like buddies than antagonists (as often portrayed in other shows) and that was an appealing component.

Both shows were innocuous and entertaining.  Still are.  It’s particularly fun to watch them now because you’ll discover big-named actors—some already popular then and some just starting out.

Linda ended with a favorite quote from Sherlock and that got me to thinking of ones for my two detectives.  Unfortunately, neither had any, save for Columbo’s frequent, famous “Ah, one more thing” line.

So, I’ll leave you with my two favorite episodes.

Columbo: “Murder by the Book” (with Jack Cassidy and Martin Milner). A mystery writing duo go splitsville when one murders the other.  Directed by Steven Spielberg, it was classic Columbo and is [still] thoroughly entertaining.

Mannix: “Out of the Night” (with Joyce Van Patten and James A Watson Jr).  I liked this one because it gave Peggy a chance to shine and play something other than a calm, dependable, and perky secretary.  To assist in breaking up a narcotics ring, she goes undercover as a prostitute, exhibiting spunk and pluck.

If you haven’t watched either—or it’s been some time since you have—take another gander.  Both shows are a pleasant diversion—but no less engaging—from the gritty and excessively violent ones we have today.