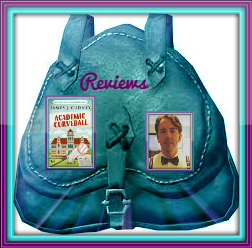 Academic Curveball: A Braxton Campus Mystery is the first cozy from James J. Cudney IV (Jay) . . . a big winding curve from suspenseful family dramas Watching Glass Shatter and Father Figure.  While Glass and Father lean toward the poignant and

Jay’s graphic descriptions of Wharton County and Braxton pull us into various locales; we can clearly envision the picturesque campus and dwellings, feel the chilly November air dance across our skin, and experience the ouch-y smack upon accidentally hitting our head on a wooden bedroom beam.  This author has a gift for creating vivid images.

Thirty-something protagonist/narrator Kellan Ayrwick returns to Pennsylvania from California for his crusty father’s retirement from Braxton College.  Leaving his five-year-old daughter Emma with in-laws, he demonstrates the care and concerns of a loving single parent.  It’s easy to like calm and affable Kellan and want to follow his “inadvertent adventures” when a murder occurs.  When his boss requests he remain and cover the dastardly deed for their TV show, he soon discovers that anyone—family and friends included—is a viable suspect.

Before we know it, we’re eagerly ambling along the sleuthing trail with Kellan, attempting to figure out “whodunit” . . . and hoping the one person who didn’t “dunit” is Nana, his wonderfully [hysterically] eccentric grandmother.  This woman is a dynamo, reminiscent of Stephanie Plum’s Grandma Mazur.  (I could see this quirky gal carrying her own cozy series.)

The book leaves a few openings and storyline possibilities for future Braxton mysteries, which we know are [happily] coming.  I’m looking forward to pursuing Kellan’s next “case”.

Intrigued by our author’s prolific blogging and writing projects, I felt compelled to conduct a mini—most interesting—interview.

What served as the inspiration for Academic Curveball?

I love cozy mysteries and book series. I’ve been reading them for ~25 years now and find myself always looking for the latest edition or drama in recurring characters’ lives. I think it’s because I am an only child that I love seeing the continuous bond within families and friends in small towns. I’ve always wanted to be a professor, but I waited too long to go to graduate school. I don’t have the energy or time to go back for advanced degrees now, so I wanted a way to feel like I was back on campus. When I combined all of this together, I thought… maybe that should be my new book series! The first plot evolved out of another dream where I pictured the killer and his/her reason for committing murder, then I built an entire story around it.

Did you envision yourself as Kellan during the writing of Academic Curveball—i.e. are you the protagonist putting the pieces of a puzzle together or are you the creator/author providing twists and turns for your main character?

It’s a combination of both. There are tons of things about Kellan that are 100% me, both in how I speak, my level of sarcasm, and how I analyze situations. I’m not nosy by nature, so I had to push those elements. Someone could say “I think X is so angry with Y, they’ll kill her.” I’d ignore it and not want to get involved in someone else’s drama. Kellan is different. He’d have 100 questions and never stop trying to guess what could happen. Since I draft an outline with scenes described chapter by chapter before I begin writing, I’m definitely creating the twists/turns, but Kellan’s voice surprises me. Sometimes he says things which make me as the author realize I have to alter a scene because he’s smarter than me.

Do characters/characterization come naturally (instinctively) as you write, or do you spend time developing and crafting them?

Both. Each character has 3 or 4 traits (physical and personality) before I write a scene. When they begin to act in the scene, their individual personalities also emerge, then I go back and update prior chapters so it’s consistent. Minor characters never have a look and feel during the outline stage unless I see them as long-term. After the first draft, I read slowly and keep a list of all things I’ve said about a character, then I apply a ratio-formula depending on their number of scenes or future longevity. I want everyone to have enough traits that readers get a good picture but have room to fill in the blanks, too.

Some authors simply go with the flow; their fingers fly furiously across a keyboard.   What’s your writing style?  Do you let the story and characters tell the tale or do you give considerable thought to scenes/scenarios and how they’ll play out?

After writing a one-page summary of the plot and characters, then I write a ~25 page overview outline. It has details about the murders, the suspects, and the cliffhangers. I also have a chapter by chapter and scene by scene bullet list of what needs to happen. Sometimes it only lists one character and then I decide who (s)he interacts with in the scene in order to build the drama or cover the cozy aspects of the town’s life. In this book, I deleted two chapters by merging their content in with others, then I also added six scenes to help with transitions between chapters. It becomes a puzzle trying to figure out what order to make things happen to keep up the mystery.

On a non-professional note, what inspires you, James J. Cudney?

Outside of reading and writing, I love genealogy, cooking, and history. I am an expert in nothing, nor a jack-of-all-trades. I know a lot about a bunch of things, but I still sometimes need the basics to round out what I am interested in. Inspiration usually comes in the form of seeing a beautiful picture, thinking about where I am and where I want to be… generally analyzing people, places, and things. I am very much in trapped my head and often forget to be a social person. Autumn is my favorite season, so I’m thrilled to enter it these days… I hope it sticks around for a few months.

For those unfamiliar with Jay, he’s an amazing—inexhaustible (!)—author and blogger residing in NYC.  The short link for Academic Curveball on Amazon is http://mybook.to/ACurveball while Goodreads’ link is https://www.goodreads.com/book/show/41564460-academic-curveball.

The new book Broken Heart Attack will be available December 2018 and is also on Goodreads at https://www.goodreads.com/series/242493-braxton-campus-mysteries (but the cover won’t be added for approximately four weeks).  Last but by no means least, his stand-alone novels, the aforementioned Watching Glass Shatter and Father Figure, can also be purchased on Amazon.

Jay’s what I (and many bloggers/authors) aspire to be.  He’s also a kind and encouraging individual who selflessly offers constructive advice and [much] appreciated support.

Visit his blog (https://thisismytruthnow.com) to find—among other things—reviews and read-a-thons, and the introspective 365 Daily Challenge: “365 days of reflection to discover who I am and what I want out of life.”