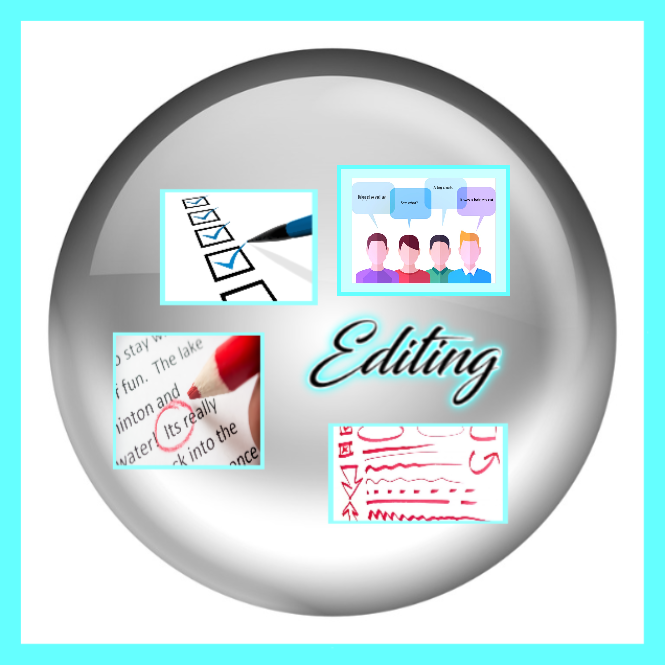 Are you up for dialog today?  (The spelling?  It’s a personal preference thingy.  <LOL>  You say poh-tay-toe, I say pow-tah-toe.)

How characters speak and interact verbally is as vital as any other fiction component (characters, scenes, actions and reactions, conflicts and tension).

Engaging readers from the get-go is imperative, so begin that magnum opus however you see fit—through action or chitchat.  Whichever you choose, ensure it’s compelling.  Action should enthrall just as dialog should captivate.

And how will it do that?  By not being wooden or flat, overly descriptive, useless, or repetitious.  Not sure what these entail?  Here are quick examples: 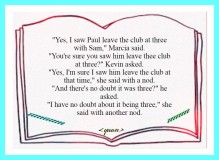 “Why are you looking so sad, Jason?” she asked.

“Because Susan’s going to Europe for the summer, Marlene,” he replied.

** We don’t use names every time we speak, nor should our characters.  Moreover, “said” used too frequently leads to flat writing (and tiresome reading).

“Hey Tommy, why are you waiting here at this old bus stop for the bus?” Larry asked his tired-looking best friend of twenty years.

“Because the car broke down when I was out driving yesterday afternoon by the lake,” he explained with a rueful smile.

** Avoid a glut of details when using dialog and action.  Combine them so there’s balance.

“Wow, you finally made it,” she said.  “I’ve been waiting forever.”

**  Don’t have dialog just for the sake of it.  Provide value-add dialog.

Harold and Monica watched as John and Seymour raced along the pond in an effort to catch the robbers.

“Look at those guys run after the robbers,” Harold exclaimed.

She frowned.  “I hope they don’t fall into the pond.”

**  Don’t repeat actions in the dialog or vice-versa.  It weighs the story down (and creates a “snooze” effect).

Gripping hands, Harold and Monica watched worriedly as John and Seymour raced along the pond in an attempt to catch the robbers.

**  “Gripping hands” suggests nervousness or tension, as does the adverb “worriedly” (which is an adverbial tag, as an FYI).  Harold and Monica don’t need to state anything; we know what they’re feeling.

Speaking of tags, keep an eye on those dialog tags—she said, Lawrence replied, Sheila asked.  You don’t want to overuse them, because this leans toward repetitive and dull.  That said, not using enough can be an issue too, because an absence of them may lose readers.  They’ll wonder who the <bleep> is speaking.  It’s fine to use a few adverbial tags—he said angrily, Maria explained dully, Hans pointed out anxiously—but revealing those reactions and moods through actions is even better.

Don’t spell out things for readers.  Conversations can convey what’s happening; so can actions.  Avoid overlapping and being overly descriptive re both.

Let’s return to our two friends:

Stunned, Harold and Monica stopped dead in their tracks—John and Seymour were in hot pursuit of the robbers.

Harold’s eyes widened in disbelief.  “Man, who knew those two could run!”

Monica gripped his hand anxiously.  “I hope they don’t fall into the pond.”

Dialog breathes life into a story by making scenes and characters come alive.  Besides being absorbing, it has to be believable.  Don’t get too “explainy”.  Avoid having characters natter about nothing and at length.  Make it sound real—fiction-world real.  It’s not quite the same as true everyday life; it has its own nuances.  (Read some bestselling authors to get a feel for use of engaging, successful dialog.)

When people talk, they don’t always complete sentences.  They use slang or particular expressions (um, jeez, like, helluva), drop g’s (goin’, leavin’, havin’), and some even swear (to excess).  Listen to friends and coworkers, and note the differences in how they converse.  We all have unique voices.  Make sure characters do, too.

Give thought as to the purpose behind verbal exchanges.  They should move the plot forward, create conflict or tension, or reveal something—such as relationships between speakers, accents or speech patterns, emotions and feelings, what is taking place (has taken place or will take place).

Feel free to use “beats” now and again, too—i.e. small amounts of action added to dialog.

Read dialog aloud to hear how it sounds.  Is it natural?  Contrived?  Too much?  Too little?  When you’re editing dialog, do just that: edit.  Revise to tighten and improve.

Don’t worry if you’re stumbling here and there; like anything, writing and editing dialog will come.  With time and practice, you’ll become a pro.

One last thing: use correct punctuation for dialog.  If you’re not [yet] familiar or comfortable with it, go Googling—there’s lots to be found.  But if you’re not up for checking Google and rooting through countless sites, look for a quick post on Wednesday re Dialog Punctuation 101.