The merits of being a Wattpadder.

Is Wattpad a viable selling tool for an aspiring/established writer?  Maybe yes, maybe no.  Depends on who you talk to.  Some love it; some see it as no value add.

Currently, I have weekly installments of “Odd Woman Out” going.  Not sure anyone reads them.  But then, I’m not promoting them, either.  I guess I’m hoping a Wattpad fairy will sprinkle magic pixie dust.  Et voilà!  Tyler, you’re a hit!

The truth is that I’ve got an hour or so of actual “me” time per day, so it’s a toss of the coin.  Heads, I write; tails, I promote.  But if I promote, I need to decide what the best course of action is.  The abundance of self-promotion/marketing info out there is overwhelming.  It definitely takes (me) lots of time to digest all that requires doing.  And it seems easy enough initially . . . but three hours later, there I am, still trying to figure it out.

I digress.  For those not yet familiar with Wattpad, it’s a site with an informative blog and community (and labs) where—among many other things—writers can post works or persons can reach out with causes.  More notably, you can read Wattpad writers’—or Wattpadders’—opuses.  There’s lots of great stuff to be found.

From a writer’s perspective (forgetting the fact an audience or fanbase is probably a very good thing), I do find it rather fun.  You can design your own cover if you wish (I did mine and it ain’t bad, if I do say so).  You can post as often as you like, but doing so regularly (frequently) would be best.  There’s something exciting about hitting “Create” and “Continue Writing”.  Maybe one day the commitment will pay off.  Maybe not.  It’s all good, whatever the outcome.

I hear Wattpad even has awards, though I confess I’ve not yet checked that out (I’ll add this to the 105 other must-dos). 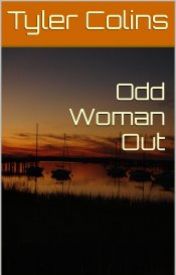